After a successful CPD with Leicester City Highways, the Ecogrid base system for resin bound stone was adopted and their main contractor HMS Surfacing Ltd liaised with Ecogrid on supply and fitting. We met with Simon and Martin from HMS on site and went over the system which was all new to them as they had previously used other base systems such as tarmac or stone.

All excavated and the sub-base nearly installed. 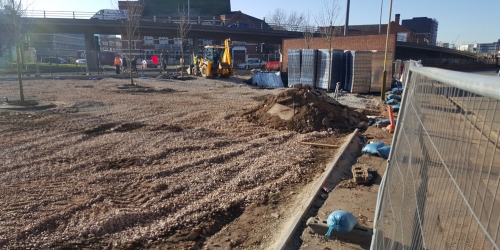 Sub-base is rolled level and compacted. 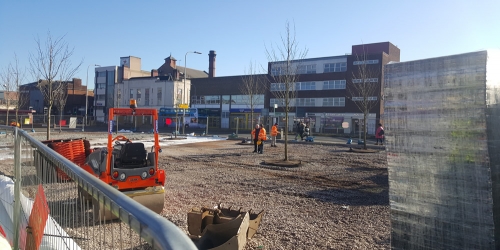 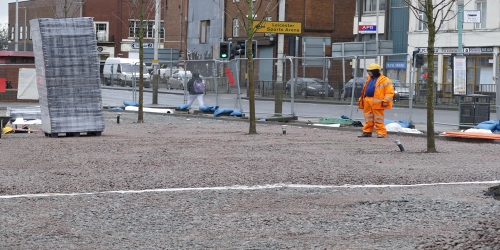 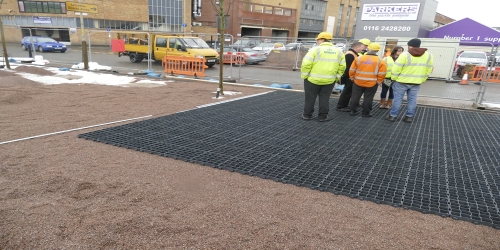 Grids go down on the screed. 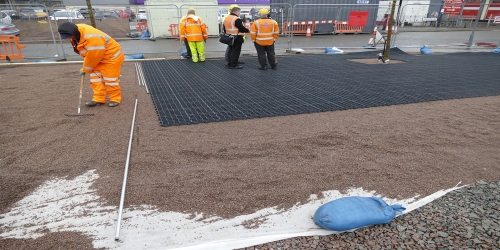 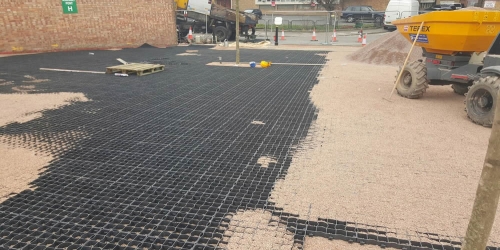 Infill stone and grids are compacted.

Half of the resin bound layer is laid. 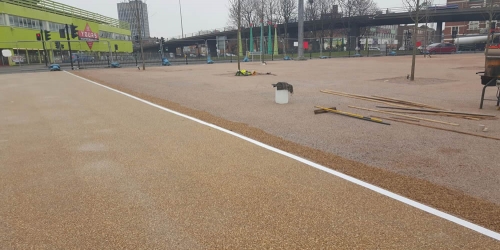 The finished job, just some cleaning up needed.

They can be contacted here: